Switch To A Different Campus

Abbeville, LA – National Beta is proud to recognize Meaux Elementary School as a 2018-2019 National School of Distinction. This award is an honor for Beta Chapters striving towards academic achievement, exemplary character, demonstrated leadership and service to others. With an ongoing quest to instill these qualities in more students, the National Beta School of Distinction Award is designed to award those schools that show an increase in membership for the current school year.

This is the first time since its inception that our club receives this award.  This honor is a true indication of Meaux Elementary’s dedication to academic excellence, leadership development and commitment to celebrating our student’s achievements.  The Jr. BETA Club sponsors along with our students are to be commended. 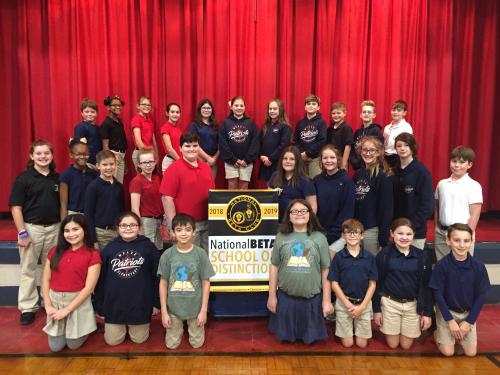