Switch To A Different Campus

Teacher of the Year 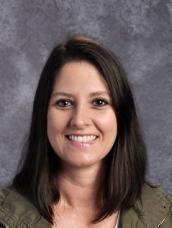 Ms. Russo is a 1996 North Vermilion graduate, who also graduated from UL in 2000, with a Bachelor’s Degree in Applied Life Sciences. In 2005, she received her certification to teach at the elementary school level.

From 2005 until 2007, she was a 3rd grade teacher at Christian Life Academy in Baton Rouge and from 2007-2014. She taught 1st, 3rd, and 5th grade students in Vermilion Parish. In 2014, she transferred to Meaux Elementary and began teaching Science and Social Studies.